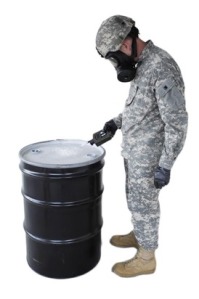 During the Senate debate on the Health Care Reform Legislation,  the Patient Protection and Affordable Care Act, a number of Republican senators referred to a op-ed piece by David Broder, Washington Post columnist, titled, “A Budget-buster in the making.”  In his column, Mr Broder quotes from a survey poll conducted by Quinnipiac University released on November 19, 2009.  Mr Broder, focusing on just one question, states:

The answer: Less than one-fifth of the voters — 19 percent of the sample — think he will keep his word. Nine of 10 Republicans and eight of 10 independents said that whatever passes will add to the torrent of red ink. By a margin of four to three, even Democrats agreed this is likely.

That fear contributed directly to the fact that, by a 16-point margin, the majority in this poll said they oppose the legislation moving through Congress.

Hmm, is that so, Mr Broder?  Well, I just happened to read the complete news release from the researchers at Qunnipiac, including all those boring tables and numbers, and I came away with a completely different conclusion.

In Mr. Broder’s defense, he cites the opening statement of the report correctly:

Three-quarters of American voters – 74 percent – like President Barack Obama as a person, but only 47 percent like most of his policies, and voters disapprove 51 – 35 percent of the health care overhaul passed by the House of Representatives which he has endorsed, according to a Quinnipiac University national poll released today.

Voters favor 57 – 35 percent giving people the option of being covered by a government- run health insurance plan, the “public option.” Independent voters approve 55 – 39 percent. The overall approval is down from 61 – 34 percent in an October 8 survey by the independent Quinnipiac (KWIN-uh-pe-ack) University. And they oppose two proposals to modify it:

* Allowing states to opt out of the public option is a bad idea, voters say 49 – 43 percent;

* Voters also oppose 47 – 38 percent the “trigger,” where the public option kicks in only if private insurance does not cover enough people.

Mr. Broder, as well as the distinguished Senators from the Republican Caucus, conveniently forgot to mention these results.  And some others, very important others, but we’ll get to those in a moment.

How should we parse these responses?  First of all, as an experienced researcher myself, the question is not very well written.  Not because of the content; it is a perfectly legitimate question to ask.  But the setup is too complex, and it borders on being a leading question.  It also should have been split into two questions:

Because of the way the question is phrased, we do not know to which of the two issues the respondent is answering.  Technically, the question should have been thrown out and the results not reported.

This assessment is strengthened in light of the next set of results.  In contrast to the results of the first question, the voters show considerable support for components of the health care reform.  By a margin of 55-37 percent, voters support the public option.  They oppose letting states opt out by 49-43 percent, and they oppose the “trigger” option by 47-38 percent.

Now, I don’t know about you, but these three items are among the most important in the entire health care reform legislation.  Couldn’t one, with some degree of confidence, say that from these results the American public generally supports key elements of the bills going through Congress?

That depends.  When asked if the respondents supported the House version of the bill, the split was 51-35 percent oppose, but 14 percent gave no answer.  The strongest opposition was expressed by whites, over 55 years of age, making more than $100,000, and describing themselves as conservative, and born again Christian evangelicals.   The strongest support came from African-Americans, in the 18-34 year old age range, with incomes less than $50,000 per year, describing themselves as liberal. (No data for Black religious preference was listed.)

As for President Obama’s support of the House bill, the attitude of most Americans toward him appears not to be much affected.  The category “no difference” runs consistently in the 40-50 percent range, with the obvious exception of those who identify themselves as Republican.  Since the percent of people who look favorably upon the president for his support of the House bill averages roughly 30 percent, adding it  to those whose attitude has not changed, we can’t draw too many conclusions, because the ones claiming no difference may be overall positive or negative.

The respondents, however, contradict themselves.  The next four questions all have to do with core concepts of health care legislation: the public option, states having the authority to opt out of the federal plan, the passage of a “trigger” provision that would  activate under a set of conditions where not enough people were covered by an established date, and whether or not Congress should pass the legislation this year.  On all four items, the responses are solidly positive.

But one issue they do not contradict themselves is their opinion of the Republicans and their behavior regarding the health care reform legislation.

While this survey has bad news for the President, the news for Republicans is worse:

Voters say 45 – 36 percent, including 40 – 37 percent among independents, that Obama is better able to handle health care than congressional Republicans. In October, it was 47 – 31 percent in the President’s favor.

Voters also say 59 – 29 percent that Republicans are not making a good faith effort to work with Obama and the Democrats on health care.

As one might expect, neither Mr. Broder nor the Republicans, reading the same industry-supplied script they’ve been parroting for months, mentioned anything about this part of the survey.  In the spirit of fairness, the voters aren’t all that favorably disposed to the Democrats either, but  out of Pres. Obama (45-36% over the GOP), Democrats (36-55%) and Republicans (31-58%) , the GOP  comes out dead last.

The quest for universal health care continues, strongly braving the winds of opposition blowing at hurricane strength.  The storm may increase, but the gale will not deter us.  All storms blow themselves out.  America will have universal health care.  A new blessing of Liberty will be enshrined in the Great American Experiment.

5 thoughts on “Quinnipiac Poll: What the Republicans Failed to Mention About Health Care Reform”