The Sun has Risen for Health Care in America. Photo Courtesy: Bolte Medical

Now is the time for health care to be added to those moments of sublime national change, to join those great reforms, cast as the finest, hardest steel into our Nation of Laws as an inalienable right and an eternal Blessing of Liberty.  D. Waggoner, Phd, 2009.

President Barack Obama:  Our presence here today is remarkable and improbable.  With all the punditry, all of the lobbying, all of the game-playing that passes for governing in Washington, it’s been easy at times to doubt our ability to do such a big thing, such a complicated thing; to wonder if there are limits to what we, as a people, can still achieve.  It’s easy to succumb to the sense of cynicism about what’s possible in this country.

And we have now just enshrined, as soon as I sign this bill, the core principle that everybody should have some basic security when it comes to their health care.  And it is an extraordinary achievement that has happened because of all of you and all the advocates all across the country. 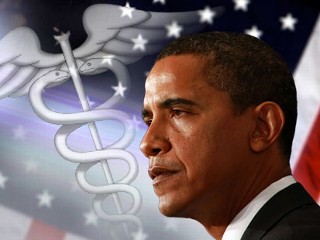 Huh??  What do you mean there will never be another tax cut? Congress can vote to cut taxes anytime it wants.  Have you lost your mind, Waggoner?

Using tax levels consistent with the past half century in America, then subtracting entitlement payments as currently promised for Social Security, Medicare and Medicaid, The Heritage Foundation (another conservative think tank) estimates that sometime just before 2020, there won’t be enough money in the federal treasury for anything but the entitlement programs.

It was written by Bruce Brattain, owner of Wisdom River Partners, who, among his many talents, is an elder care consultant.  Now, don’t roll your eyes over the word “consultant.”  Start reading a few of the pieces in his blog, aninconvenientbruce, and you’ll instantly realize, this is one very astute observer who has his finger on the pulse of a number of national issues.

And, just to entice you more to go read the entire article from which this quote was taken; it’s not what you think it is.

Now.  Please. Go read what Bruce has to say.  Oh, and be prepared to not only to have your assumptions challenged in a classic Extreme Thinkover manner, get ready to be entertained by a guy with one wicked wit!  Click here.

In an ongoing series of conversations on health reform, Jeffrey Brown speaks with Robert Laszewski, a former insurance executive and skeptic of a public insurance option.

Laszewski, in this interview, lays out the manifesto for Big Medicine’s opposition to health care reform.  He is articulate, clearly believes in his cause, and goes over their case against the public plan point by point.

And proves the argument for implementing a public option in the health care reform legislation so beautifully, I almost jumped up from the couch to give him a standing ovation.

Correction: Bad math strikes again.  Please read the comment  submitted by Tyler, he correctly points out that my math in the title is wrong.  The number of minutes should be 116,157,600.  I decided to leave the post title as is (so this correction comment will make sense), but change it in the text.  And I have to admit, 116 million minutes is way more dramatic to the point! Now, on to this serious topic:

The Preamble of the Constitution declares,

We the People of the United States, in Order to form a more perfect Union, establish Justice, ensure domestic Tranquility, provide for the common defence, promote the general Welfare, and secure the Blessings of Liberty to ourselves and our Posterity, do ordain and establish this Constitution for the United States of America.

On June 21st, 116,157,600 minutes will have passed since it became the law of the land.  That is how long the Free Market System has had to figure out how to create a health care system so that every single American can live the healthiest life possible, out of which directly flows “the general Welfare, secure the Blessings of Liberty to ourselves and our Posterity” for each individual citizen.

At the time of the official first census in 1790, the population of the United States was 3.9 million people, of course, not counting all the people they didn’t count.  Health insurance did not exist, although it had been conceived by an English doctor in 1694. Health care, prior to the modern age had been almost exclusively fee-for-service.  Today, after 221 years, the Free Market System has sucked up such huge chunks of the health care market into its for-profit maw, 50 million Americans cannot only not afford the fee-for-service for a visit to the doctor, they can’t afford insurance either.  And that appears to suit the aims of the Free Market System just fine.

In their minds they have succeeded.  They are the American Disease Industry.  Pain, suffering, disease, chronic medical conditions, a public clamoring for relief.  Pills, pills, procedures, tests, pills.  Newer, always newer.  Cutting edge–procedures must always be cutting edge.  Americans grows unhealthier by the year.  That’s the growth part of the plan.  It makes no difference that millions can’t afford care.  That’s a problem for the non-profits to handle.  How they must smirk in their Board Rooms at the not-for-profits.  Unfettered by any meaningful regulation of their industrial juggernaut, they know they are the medical messiahs of the modern age.  They have the advertising campaigns to prove it.  The drugs must flow.  All hail the Free Market System.

So, 116 million minutes later this system is anything but free.  It is an engine for unfettered greed exercised by a few, distorting every good potential of free enterprise into power for themselves, privilege for themselves, and domination over all others.

It is a great business plan.  With one exception.  The American Disease Industry made one critical error.  They cured too many diseases.  And over the past forty thousand days or so, here and there, now and then, individuals realized they could be healthier.  And Americans have this thing about talking to each other.  Freedom of speech and all that.  But more importantly communications technology, advancing at a rate unprecedented in history.  Radio.  Television, Telecommunications, Satellites, computers, cell phones, fiber optics.  The Internet.  All over the world, people just like us were figuring this out.  They got healthier as we got sicker.  That had to change.  It’s not the American way.

We the People figured it out.  We could be healthier.  We wanted to be healthier.  And we didn’t want to continue to be the serfs of the American Disease Industry.  And we realized:

The Unfettered Market System, led by those who duplicitously espouse it as the purest manifestation of the Ideals of this Preamble, has failed utterly to fulfill its demands, to ensure without exception the rights it promises to every citizen to live in this “more perfect Union.”   These rights are not mere constructs of a clash of cultures in which Capitalism and Socialism battle for supremacy to the destruction of the other.  These rights are virtually what define us as human.

The Unfettered Market System has driven us back to the epoch of tyranny, to that moment before the Constitutional Clock began, not for the blessings of Capitalism, where profit flows like a great current feeding the abundant life in the ocean of time, but to a new and insidious feudalism, crushing the very People for whom that Preamble was written, the ones whose blood was shed in sacrifice for the Blessings of Liberty, under an economic millstone of debt, disease, subservience and corruption.

The Constitutional Clock still runs, no longer the notch of gears, but with the seething quantum foam of Cesium atoms.  So, too, We the People no longer will tolerate our rights being ground away by the Houses of Greed, old and festering, oppressing us as they did to untold generations for under the banner of the Divine Right of Kings, Robber Barons or faceless Global Megacorps.

We are people of the Light, riding the very photons that power the universe, shrinking our globe’s girth to micronic seconds, a web of bioluminescence that no tyrant of institution or government can control.  We the People, knowing we are the stuff of stars, knowing we are of a Most Splendid Spark, knowing within our minds is the brilliance of a pulsar, knowing within the form that makes me, me, and you, you, that our right to Life is the right to Health.

116,157,600 minutes into this great constitutional experiment called the United States of America, we claim our right to health.  And this minute is as great a victory over tyranny as the very first one!